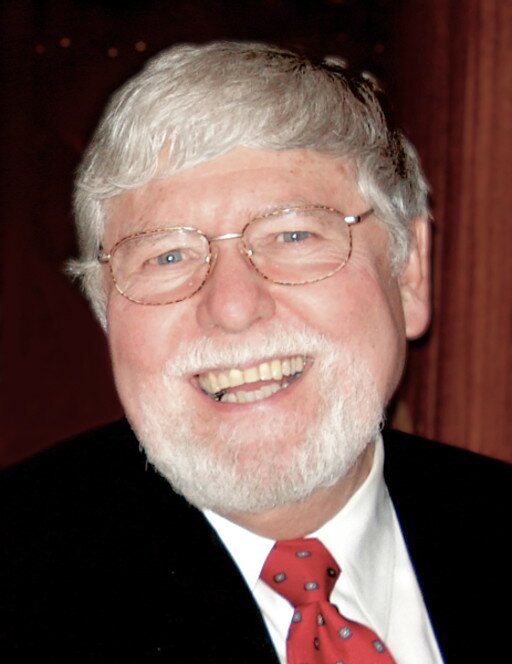 Please share a memory of Keith to include in a keepsake book for family and friends.
View Tribute Book

It is with heavy hearts that the family of Keith Batty announces his passing on October 28, 2022 at Southlake Regional Health Centre in Newmarket. Vowing to never leave the side of his lovely wife, Shirley Doris Batty, Keith passed away a mere four days after she was laid to rest.

Born in Wakefield, England on November 26, 1934, Keith was the oldest child of Joseph and Dorothy Batty. With his ever-positive disposition, Keith was always seeking new adventures and acquiring new skills. Even as a child, Keith was fascinated by anything mechanical. This passion for mechanics and engineering led him to build and fly model airplanes as a young boy and years later, while in Canada, Keith would ultimately obtain his pilot’s license. Keith was also fascinated with motorcycles and cars and spent his teenage years working on his own motorbikes in the family garage. In the early 1960’s, he became involved in motor racing as a mechanic and development engineer. It was no surprise that, during his retirement years, Keith would take great pleasure in spending time on his boat with his large and loving family.

In 1952, Keith joined the UK's Royal Marines and was stationed in both Cyprus and Egypt. Upon leaving the Royal Marines, he spent two years in the Reserves before meeting his beautiful wife, Shirley. He emigrated from England and arrived in Canada on a very hot day in the middle of summer. Wearing his English wool suit and carrying a suitcase which contained most of his belongings, Keith proceeded to walk from Union Station to the Immigration and Employment offices at Yonge and Bloor. It was there he was directed to apply for a job at an insurance company - and so began Keith’s professional life in Canada.

Starting at an entry level position in insurance, Keith worked his way up various corporate ladders to become the agency superintendent with the Royal Insurance Company and Canadian marketing manager for the Aetna Insurance Company. Concurrently, with dedicated, nightly study, he earned his Fellowship in the Insurance Institute of Canada. In 1975, Keith fulfilled his entrepreneurial aspirations when he purchased his own insurance brokerage which he operated for the next 21 years. Keith was an early adopter of new technology and embraced change easily. His was one of the first insurance brokerages to computerize and was quick to move into the digital age with home computers and cell phones. The only thing that slowed his aspirations for growing his business and acquiring other brokerages was suffering a near fatal heart attack in 1979 and then again in 1990 while visiting their vacation home in Longboat Key, Florida. Although Keith loved being his own boss, one of the things that gave him even greater joy and satisfaction was having his wife and each one of his six daughters work with him at the family business.

Keith was an eternal optimist. No challenge was ever too big or overwhelming and he graciously solved problems without complaint. He lived his life with gratitude and never lost faith in anything or anyone. He had an inquisitive mind but sought practical solutions. With a keen eye for improvement, Keith was renowned for re-engineering anything - from washing machines and household appliances to cars. He was generous with both his time and his money. Indeed, he was always quick to help out his family with any challenge - whether it was fixing a broken appliance or providing financial support. It is little wonder that Keith is regarded with the utmost respect and love by not only his immediate family but by all those with whom he came in contact.

Keith was preceded in death by his brother, Trevor Batty and son-in-law, Roderick Barr. He is survived by his six daughters, Beverly (Gord Cousineau), Helena Barr, Janette Batty, Nichola (Brian Stankiewicz), Christina (David Mintz) and Vanessa (John MacDonald), his sister, Maureen Goodwin, as well as 15 grandchildren and 10 great grandchildren. He will be greatly missed but his amazing spirit lives on in them all.

Visitation will be held at M.W. Becker Funeral Home, 490 The Queensway South, Keswick, Ontario on Monday, November 7, 2022 from 12 p.m. – 1 p.m. followed by a Funeral Service in the Chapel at 1 p.m. Interment at Keswick Cemetery, 565 Varney Rd, Keswick, Ontario. Sign online condolences at mwbeckerfuneralhome.com

Share Your Memory of
Keith
Upload Your Memory View All Memories
Be the first to upload a memory!
Share A Memory